The Steven L. Lyons Funeral Home was born out of a dream of Dr. Steven L. Lyons. "Steve" has been a licensed Funeral Director and Embalmer since 1992.

Dr. Lyons is the proud Pastor of Mount Zion AME Church, Hillsborough, NC. He served as a member of the Board of Trustees of the Western North Carolina Annual Conference of the 2nd Episcopal District of the AME Church and is a member Board of Examiners of the Western North Carolina Conference. He is a Life Member of Alpha Phi Alpha Fraternity, Inc. (Phi Lambda Chapter) and served as the National Associate Chaplain of the Fraternity under the Presidency of Brother Dr. Everett B. Ward. Steven also serves as a member of the New Bern Avenue Corridor Alliance, the former St. Augustine's University Community Development Corporation and was a Board Member of Transitions LifeCare (Hospice) of Wake County.  He now serves as a the Secretary of the NC Board of Funeral Service, having been appointed by Gov. Roy Cooper, representing the NCFDA.

Steven has been employed with several funeral homes in the state, lending his professional services to those well established and successful firms, including Lea Funeral Home, Raleigh, where he served as Assistant Manager and Manager for close to 17 years, William Toney's Funeral Home, Spring Hope & Zebulon, where he served for almost 4 years and Hunter-Odom Funeral Service, Inc., Rocky Mount where he served his apprenticeship, earned his license as well as worked as a teenager while in High School.

Nikki is a graduate of Enloe High School and St. Augustine's College (now University). Among many Boards and Auxiliaries, she is a member of the Raleigh Alumnae Chapter of Delta Sigma Theta Sorority, Inc. Steven and Nikki are the parents of one son, Joshua, a graduate of Needham Broughton High School. Nikki and Joshua, along with their own respective families, have given much of their time, support and sacrifice in helping to see the dream of the Steven L. Lyons Funeral Home become a reality. They, along with those who work along-side them, stand ready to provide Trust, Service and Compassion to those in their time of need. 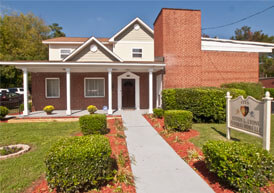